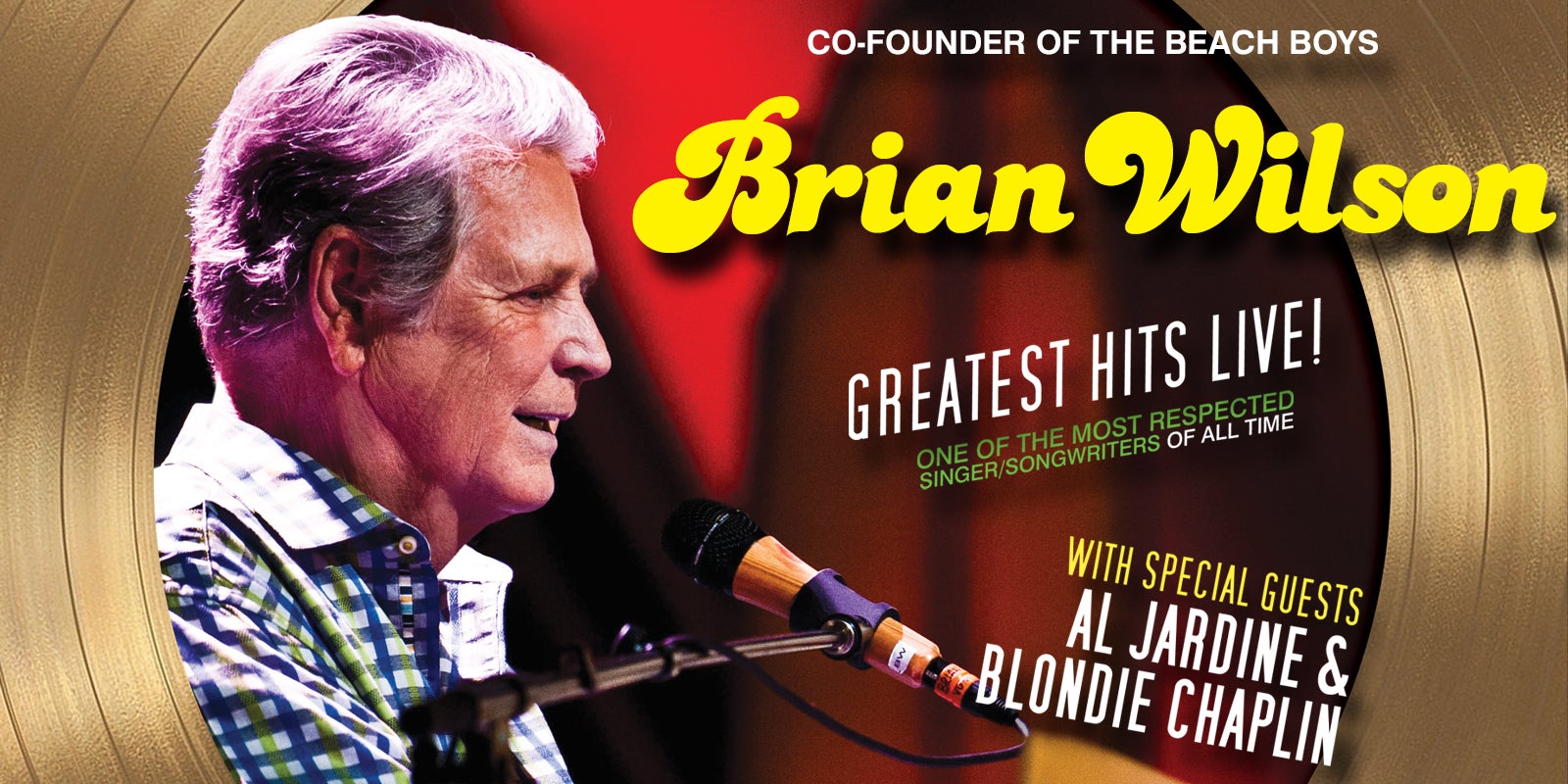 Please note that the Brian Wilson Tour is requiring all fans to provide PRINTED proof of a negative COVID-19 test within 72 hours of the event OR full vaccination for entry.

Masks are also required at all times for attendees, regardless of vaccination status, except while actively eating or drinking.

Brian Wilson began his career as a teenaged founding member of The Beach Boys, who signed with Capitol Records in July 1962 and released their first album, Surfin’ Safari, that same year. The band’s initial surf-rock focus was soon broadened to include other themes. Wilson’s innovative vocal and instrumental arrangements for major hits including “I Get Around,” “California Girls,” “Wouldn’t It Be Nice,” “God Only Knows,” and the No. 1 smash “Good Vibrations” established The Beach Boys as America’s preeminent band of the 1960s. Wilson has also achieved great success as a solo artist with 11 of his own albums released to-date, including his acclaimed 2004 completion of an album he first began recording in the ‘60s, Brian Wilson Presents… SMiLE. The album earned Wilson his first GRAMMY® for a recording, which was followed by his second GRAMMY® win for producing The Beach Boys’ acclaimed 2011 release, The SMiLE Sessions. With his own band, Wilson has performed major, sold-out tours in recent years, and with The Beach Boys he celebrated the iconic band’s 50th anniversary in 2012 with a major international tour and acclaimed studio album, That’s Why God Made The Radio. In 2015, Wilson released his latest solo album No Pier Pressure (Capitol) and was the subject of the critically-acclaimed, award-winning biopic Love & Mercy (Roadside Attractions/Lionsgate). Directed by Bill Pohlad and starring John Cusack, Paul Dano, Elizabeth Banks and Paul Giamatti, Love & Mercy presents an unconventional portrait of the music legend. Set against the era-defining catalog of the music, the film intimately examines the personal voyage and ultimate salvation of the iconic performer whose success came at an extraordinary personal cost. The culmination of these projects produced Wilson’s first Golden Globe nomination for Best Original Song (Motion Picture) for “One Kind Of Love”, which was featured in the film. Brian Wilson is a Kennedy Center Honors recipient, a Songwriters Hall of Fame inductee, and a U.K. Music Hall of Fame inductee. As a member of The Beach Boys, Wilson was inducted into the Rock & Roll Hall of Fame in 1988, and honored with The Recording Academy’s Lifetime Achievement Award in 2001.