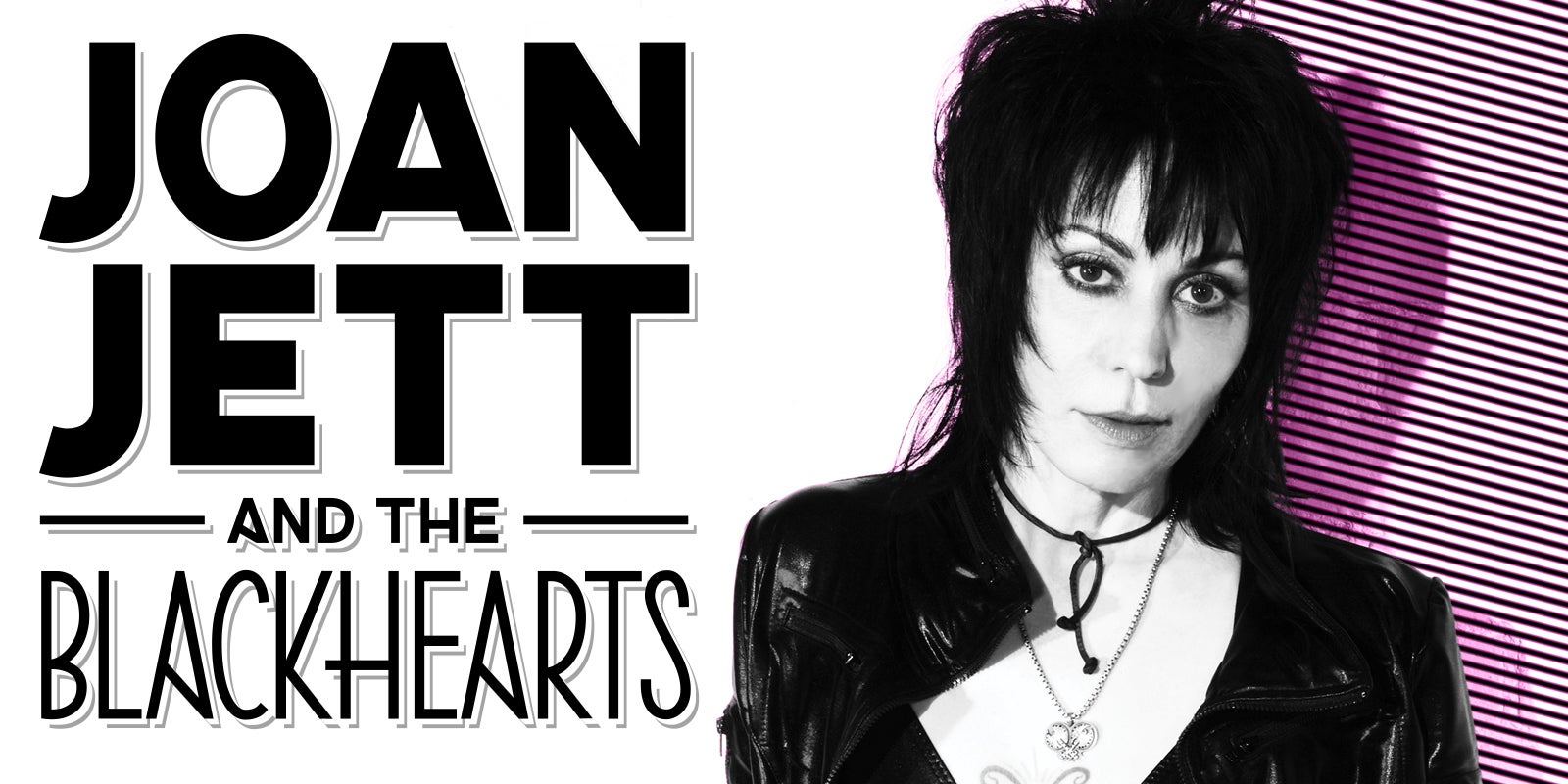 Joan Jett is an originator, an innovator, and a visionary. As the leader of the hard-rocking Blackhearts, with whom she has become a Rock and Roll Hall of Fame inductee, she​'​s had eight platinum and gold albums and nine Top 40 singles, including the classics "Bad Reputation," "I Love Rock 'N' Roll," "I Hate Myself For Loving You," and "Crimson and Clover." Her independent record label, Blackheart, was founded in 1980 after she was rejected by no less than 23 labels. Blackheart is one of the longest running indie labels and continues to give voice to new bands. As a producer, she has overseen albums by Bikini Kill, Circus Lupus, as well as the Germs' LA punk masterpiece, 'GI.' Jett​'​s music has become a permanent force in mainstream culture. Joan Jett and the Blackhearts continue touring the globe with headline shows alongside fellow rock icons like The Who, Green Day and the Foo Fighters. Additionally, Jett has acted and appeared in movies, television and theater. Jett was also able to see her story told in ​'​The Runaways', the ​feature ​film based on ​her first band, ​starring Kristen Stewart as Jet​t ​and Dakota Fanning as ​Cherie ​Currie. Jett was close to the project, serving as executive producer. ​'​Bad Reputation', a documentary about Jett's life​,​ premiered to critical acclaim at the 2018 Sundance Film Festival. The film continues to receive praise and accolades and is available on all streaming platforms.