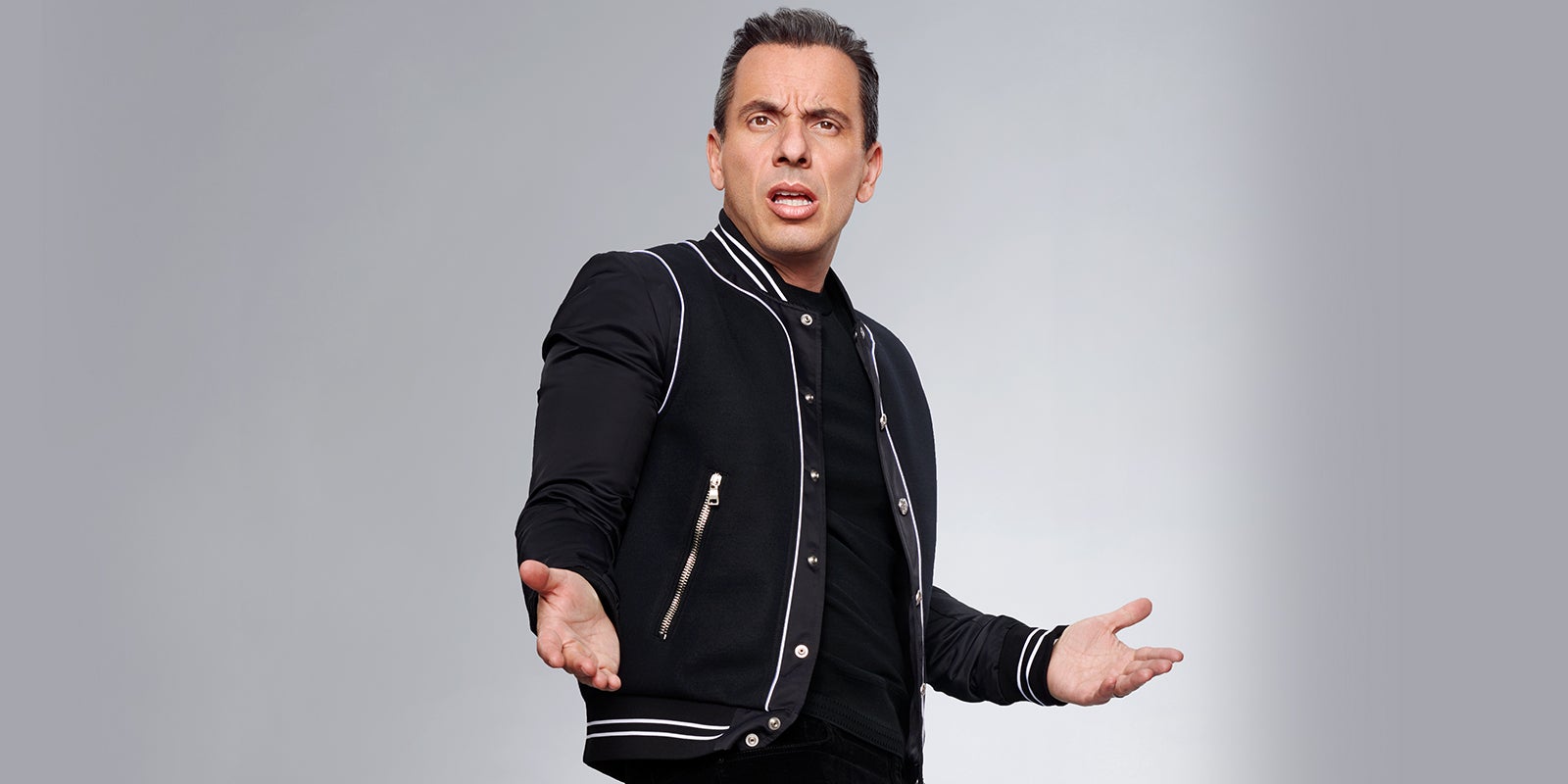 Sebastian Maniscalco: You Bother Me Tour

At The Palace Theatre

With a string of record-breaking sold-out comedy appearances, a best-selling memoir Stay Hungry and a role in the award-winning Green Book, 2018 was a milestone year that culminated in comedian, actor and best-selling author Sebastian Maniscalco receiving Billboard’s inaugural Comedian of the Year award. The always “hungry” multi-hyphenate followed up that success with arguably “the biggest week of his career” to-date according to Entertainment Weekly by kicking off 2019 with a week that included performing four shows at “The World’s Most Famous Arena,” Madison Square Garden, and releasing his new Netflix Original special– “Stay Hungry” – streaming now. He also served as host of the 2019 MTV VMAs.

Fans will continue to see more serious film roles from Maniscalco with a performance opposite Robert DeNiro, Al Pacino and Joe Pesci in Martin Scorsese’s The Irishman on Netflix Nov. 27. Maniscalco continues an already remarkable year wrapping his blockbuster Stay Hungry Tour and kicking off his new You Bother Me Tour.