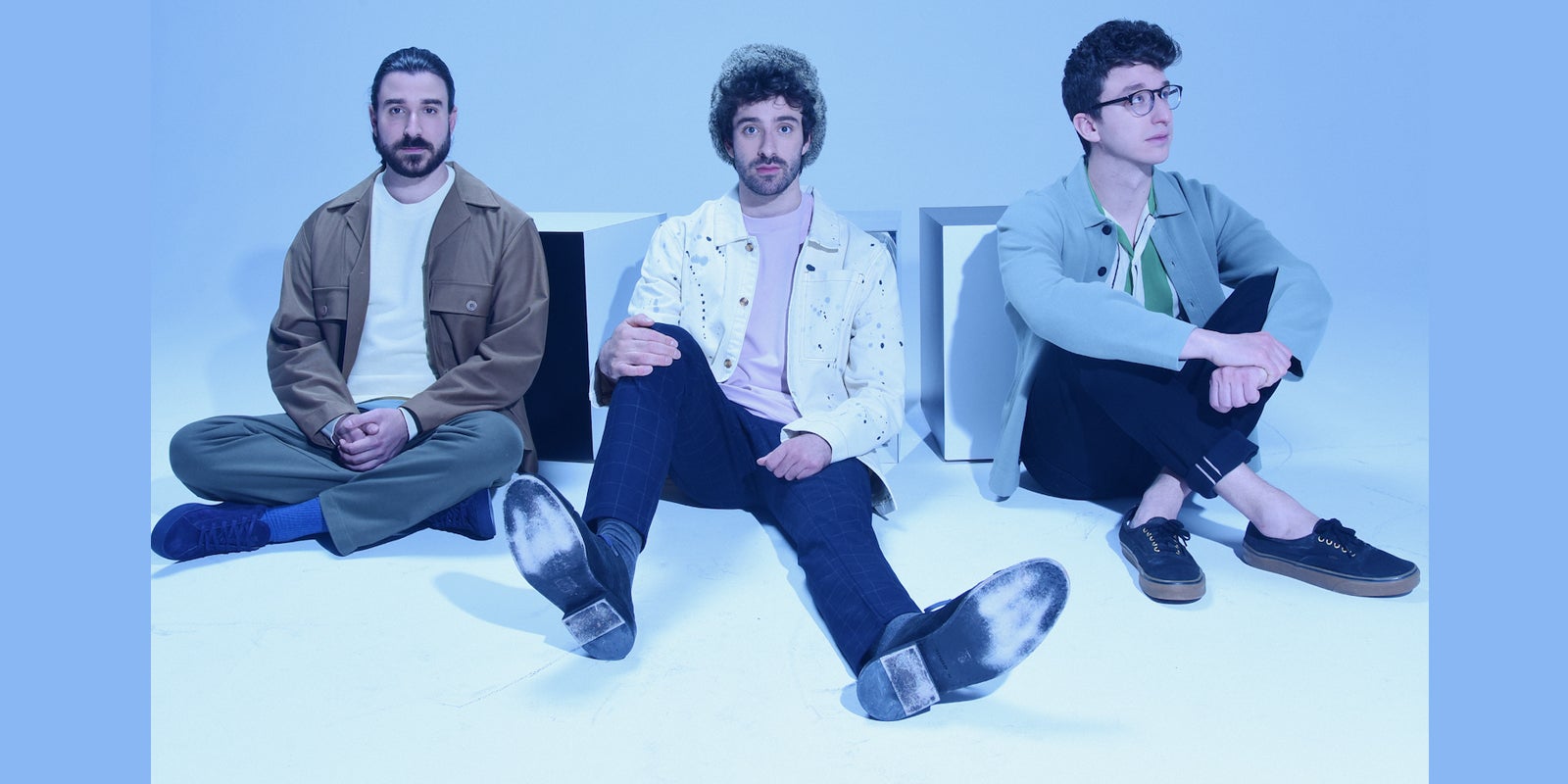 Re-envisioning what pop can be in the 21st century, AJR unassumingly emerged as a ubiquitous hit-making outlier and one of the biggest indie bands in the world. Since 2012, the multiplatinum indie pop trio—Adam [bass, vocals], Jack [vocals, guitar], and Ryan [ukulele, piano, vocals]—have generated billions of streams  and earned one triple-platinum single, one double-platinum single, four platinum singles, and one platinum album. 2019’s Neotheater marked their biggest first-week debut, bowing at #8 on the Billboard Top 200, #1 on the Top Alternative Albums Chart, and #1 on the Top Rock Albums Chart. Cemented as part of the modern zeitgeist, Spotify touted “Sober Up” [feat. Rivers Cuomo] among the “Best Rock Songs of the 2010s," while Apple Music included “Weak” on its  “Best Alt Songs of the 2010s.”  Not to mention, they remain one of the “500 Most-Listened to Artists”  on Spotify. On the heels of  Neotheater, they dropped the 2020 platinum blockbuster “BANG!”, which they performed on  TODAY, The Ellen DeGeneres Show, and even at the Macy’s Thanksgiving Day Parade. The song also cracked the Top 10 at three radio formats, peaking at No. 6 on the Top 40 chart, No. 2 on Alternative radio and No. 1 on Adult Pop and marked their first Top 10 entry on the Billboard Hot 100. Now, the band open up  their world like never before on their fourth full-length album,  OK ORCHESTRA [AJR Productions/BMG] introduced by the single “Way Less Sad.”

AJR’s current single “Way Less Sad” is poised to be one of the biggest songs of the summer. It’s generated more than 85 million total streams, is spending its 10th week on the Billboard Hot 100 and recently hit No. 10 on Pandora’s Top Spins Chart. Earlier this month, Apple Music added it to its “Songs of the Summer” and “Today’s Hits” playlists and Spotify made it a mainstay on its coveted “Mood Booster” and “Happy Hits” playlists. The track is currently No. 2 at Alternative radio, Top 20 at Pop radio and approaching Top 10 at Adult Pop radio, proving them as a force to be reckoned with in the Alternative and Pop spaces.

AJR performed a medley of “Way Less Sad” and their 2x platinum hit “BANG!” at the 2021 Billboard Music Awards, which Billboard praised by saying, “the line ‘I'm A-OK’ hit particularly hard as the countless fans gathered outside sang along – a fitting moment as the world continues to emerge from the ongoing pandemic.” They also took home their first-ever Billboard Music Award for Top Rock Song with “BANG!” at the show.

Both “Way Less Sad” and “BANG!” are featured on the group’s acclaimed new album OK ORCHESTRA, which debuted at No. 1 on the Billboard Alternative and Rock albums charts and claimed the #10 spot on the Billboard 200.