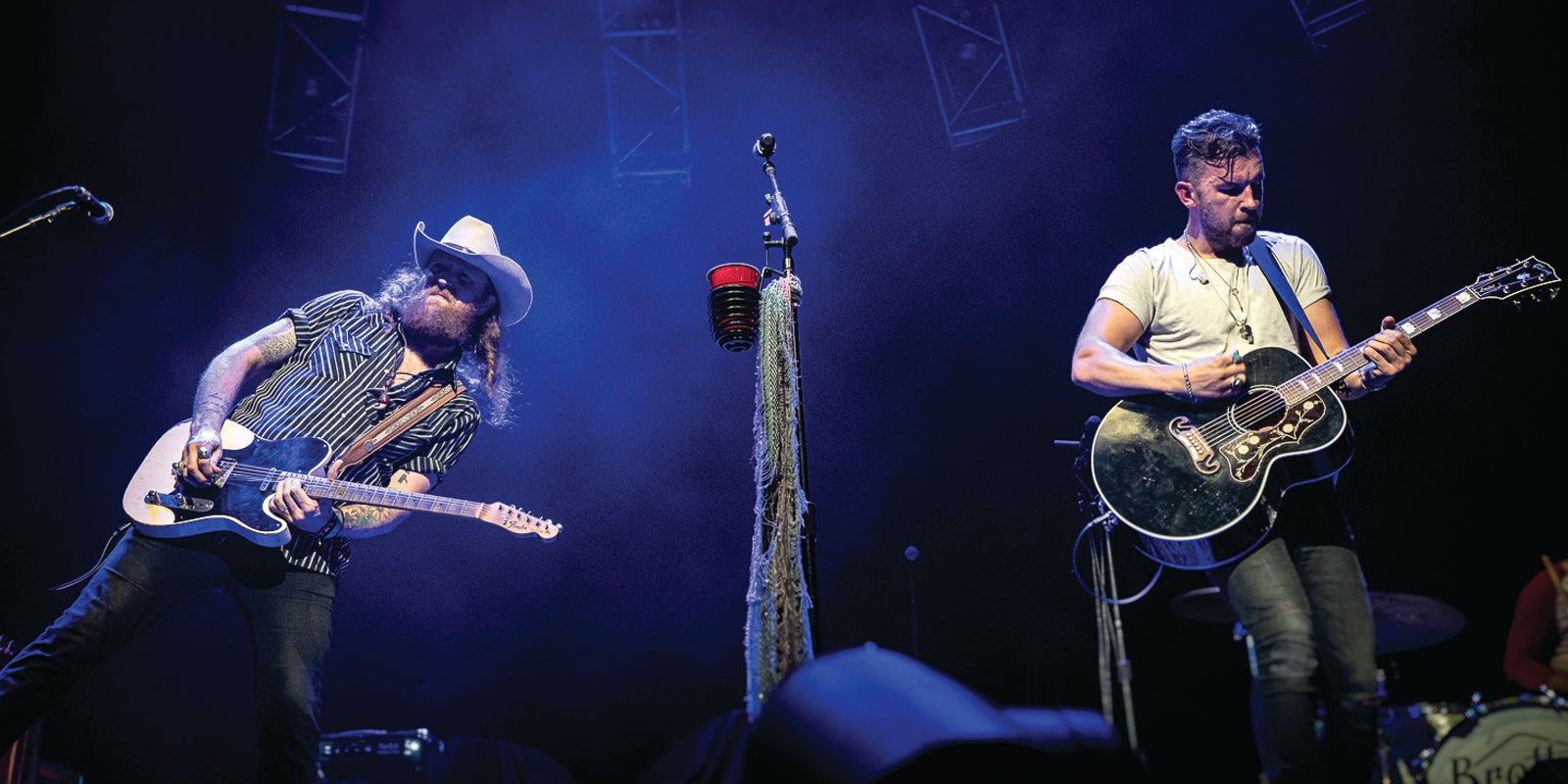 The GRAMMY-nominated duo Brothers Osborne will hit the road on their "We're Not For Everyone Tour", playing almost 50 markets including New York, Los Angeles, Houston, Atlanta and more. Known for their “distinctive sound combining classic country and hints of soul” (The Washington Post), Brothers Osborne has earned high praise for their dynamic live show while previously touring with the likes of Chris Stapleton, Dierks Bentley and Miranda Lambert. Rolling Stone exclaims “The Bros come guns blazing, a guaranteed show-stopper” while The Boston Globe commends the band for “winning listeners over with its spirited live performances.” AXS adds, “the pair acted like old pros as they effortlessly showcased their solid harmonies and impressive instrumentation.”

On the "We're Not For Everyone Tour", fans can expect to hear the band’s six GRAMMY-nominated singles including No. 1 Platinum-Certified hit “Stay A Little Longer,” rowdy Top 10 Platinum-Certified hit “It Ain’t My Fault,” the reminiscent Top 25 hit “21 Summer,”  as well as Top 40 hits “Shoot Me Straight,” “I Don’t Remember Me (Before You),” and “All Night.”

Nominated for Duo of the Year as well as Album of the Year for their critically acclaimed third studio album, Skeletons, Brothers Osborne will perform their new single “I’m Not For Everyone” as well as “Deadman’s Curve” as part of the ACM Awards this Sunday, April 18 on CBS beginning at 8pm ET. Earlier that morning, John and TJ will be featured on CBS Sunday Morning with correspondent Anthony Mason detailing their upbringing in the blue-collar town of Deale, Maryland and journey to Nashville to pursue their musical ambitions. They also discuss John’s personal battle with mental health and TJ’s experience publicly revealing that he is gay. In addition, the band will be featured on CBS This Morning April 19 for another profile piece featuring extended footage and additional interview content.

Tomorrow, Brothers Osborne will release a new song titled “Younger Me” written by TJ in response to the overwhelming support he received after sharing his personal story. The track was produced by both John and TJ who will perform a special version as part of Xfinity presents a special ACM Awards bonus performance by Brothers Osborne – the exclusive premiere of “Younger Me” – available on Xfinity’s YouTube channel. Xfinity X1 and Xfinity Flex customers can also say “ACM Awards” into the Voice Remote to enjoy the Brothers Osborne bonus performance on their TV.