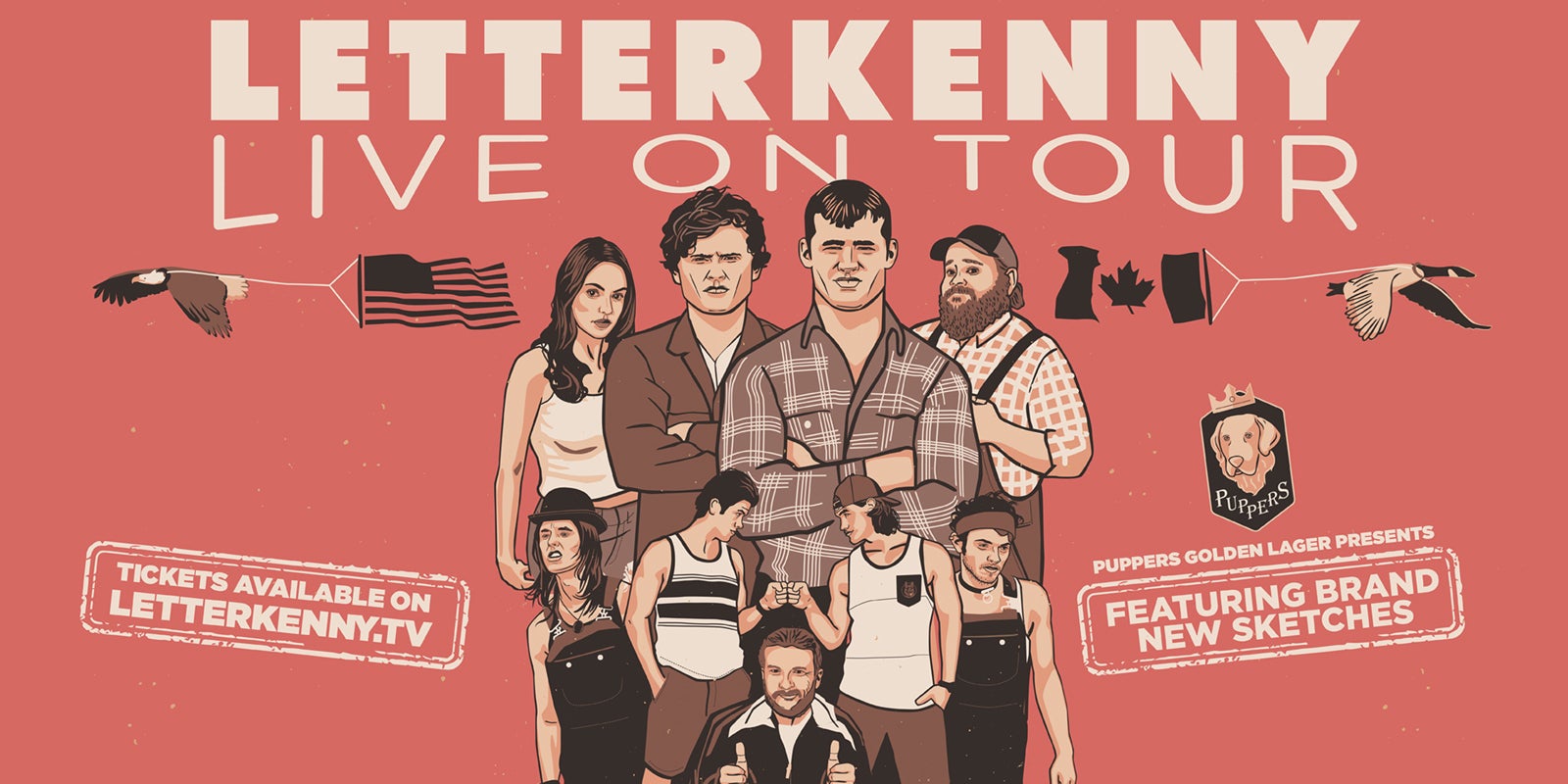 The stars of the wildly popular award-winning Crave Original Series LETTERKENNY have announced their return to the stage for the first time since March 2020.  Following an unprecedented year that profoundly affected people worldwide and brought live entertainment as we know it to a halt, “PUPPERS GOLDEN LAGER PRESENTS LETTERKENNY LIVE!” will return in 2022 bringing the all new, acclaimed 90-minute comedy experience first launched in 2020, back to cities across North America. The highly anticipated live event is produced by New Metric Media and presented by Puppers Golden Lager.

Exclusively available for streaming on Crave in Canada and Hulu in the U.S., LETTERKENNY revolves around the dustups Wayne (Keeso) and his pals get into with their small-town rivals.  For the hicks, skids and hockey players of Letterkenny, getting your ass kicked is a legitimate concern on a day-to-day basis. Catch Season 9 of LETTERKENNY streaming now on Crave in Canada and on Hulu in the United States.