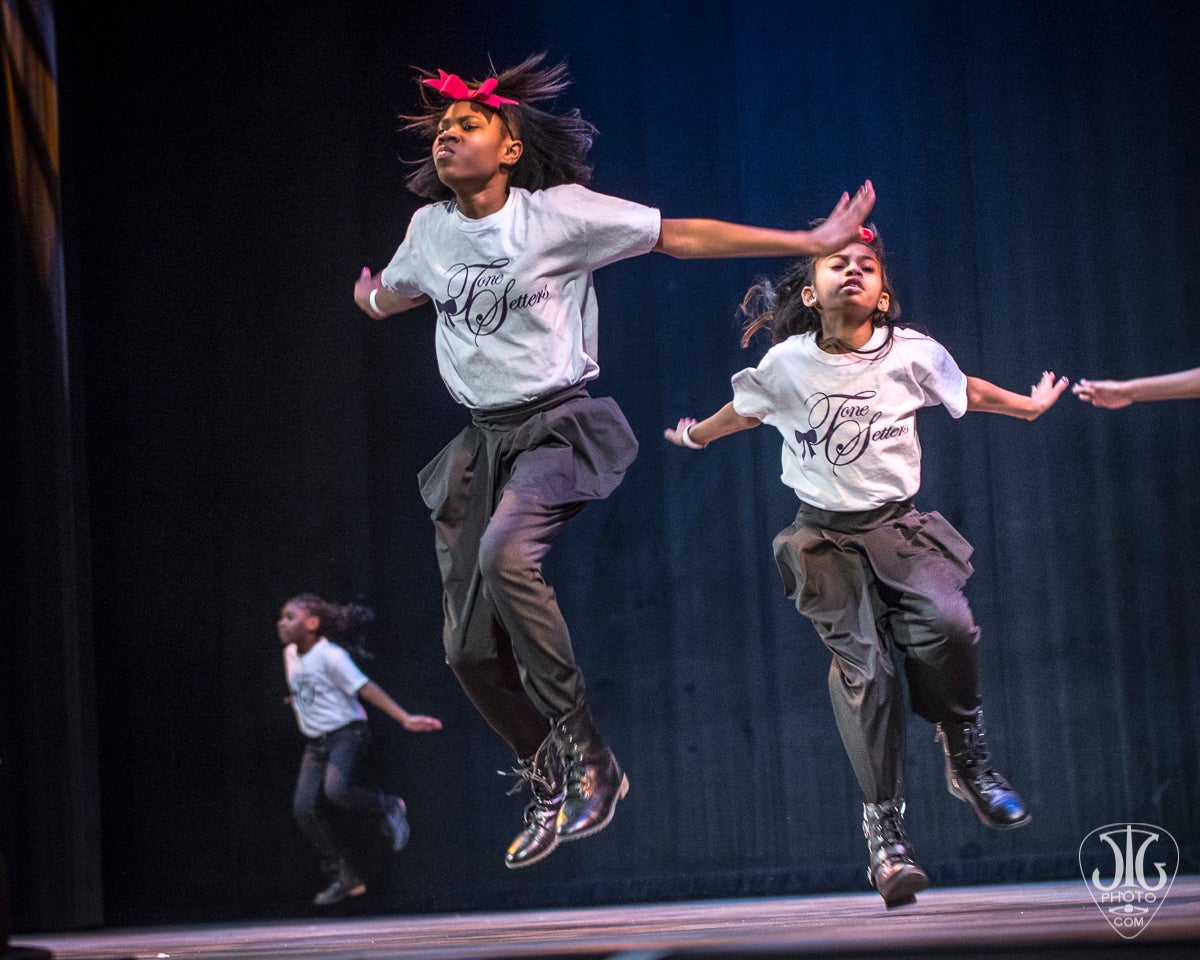 Sixteen years ago, around 10 dance troupes took the stage at the Palace Theatre and rocked the building with pride, bouncing athleticism, rhythmic power and undiluted joy.

The occasion: the first-ever Black History Month Step Show. But it was hardly the last.

Sponsored then and now by Price Chopper, the event has grown in programming and attendance over the years — becoming the region's biggest annual bash celebrating African-American culture both present and past. Each February step teams made up of schoolkids, community residents and members of historically black Greek campus societies take the stage. In the crowd are parents, spouses, friends, step fans and sundry others who gather to commemorate the force and beauty of a black dance form rich with history.

"It's now at the point where it's a really, really big thing. A really big thing. And there's a sense of pride that the culture's being passed on to multiple generations," said Christopher Ellis, who's been involved with the Alpha Phi Alpha fraternity and its step team in various capacities over the years.

"It's very uniting," agreed Dominique Luke, a past president of the Zeta Phi Beta sorority, a member of its step squad and a longtime participant in the Palace show.

"It's getting together and seeing the excitement of young men and women in this community. And then, you know, when the crowd comes in, it's exciting," she said. "It's such a positive aura, and everyone's there just to celebrate ... It's very encouraging to be in that type of atmosphere. It's always something that I look forward to."

Back in 2004, maybe 10 teams participated, maybe a few more. This year, between 20 and 25 groups will be onstage — local teams, a couple of national teams, fraternity and sorority teams, grass-roots teams that sprang up from Albany schools and the African-American community.

"Each year we probably get 10 more teams than what we need that reach out to us from outside the area," said Kevin Johnson, the events promoter who created the annual step show and supports and publicizes it each year. "But because it's a community-based (event), we try to focus all of our efforts on the teams that are local. And we will probably bring in one or two teams from outside the area ... It means a lot to this community -- because it takes so much work."

Added Octavia Latimer, who directs Team Onyx: "These teams, they are working hard — they are working seven days straight, three, four hours, rehearsing. You want everyone to see the work that you put in, the dedication and the craft."

Her own squad competes throughout the year and practices at the rear of her beauty salon and studio — located for years on Albany's Central Avenue, lately moved to Sherman Street. Others practice wherever they can, whenever they can. "You can come through the neighborhoods and see some of them in parking lots. Yeah," she said. "It's serious."

"You'd be surprised what these kids would try," Latimer said. Certain flips, for instance, are legal in the hip-hop category but illegal in others. But even they're allowed, "I might say, 'Don't do that. ... It's not illegal, but I don't want you to kill yourself.'"

The dancing itself, kinetic and thrilling, is supplemented with community awards and education. Throughout the event, "You give some history – and that's the whole point of the show," Luke said. "You leave knowing something about African-American history... and you make it fun. History is not always fun. History is not always fun, but you can make it fun with what we do."

According to Johnson, the Palace event might well be the longest-running Black History Month celebration in the Capital Region. The idea was sparked by his brother, who joined the Kappa Alpha Psi fraternity as an undergrad at the University of South Carolina. Such organizations, he realized, promoted "positivity in the community," building up relations and positioning African-Americans to think about college and prepare for a successful life beyond.

When Johnson's wife – a teacher with Albany City Schools — asked why he didn't promote more events in the Capital Region, he thought: step show. He started scoping venues. The Palace signed on.

"I remember working with him on it that first year, and then going to it and sitting there and watching the entire thing, glued to my seat," said Sean Allen, director of marketing at the Palace. "And I've become a huge fan now. ... It's really, really entertaining."

In all the years since, step dancing has expanded in popularity and participation — getting boosts from the "Stomp the Yard" movies, for one, plus outreach efforts in neighborhoods and schools.

"Originally, the step teams were mainly something that would happen on a college campus," Ellis said. "And it started to grow with a larger audience" — initially, as team members worked with kids as a community service, teaching them moves. Then those kids started performing. Then friends of those kids became involved, then friends of those friends, and before long, step teams had spread across ages in the community at large.

What's it like to sit in the Palace when they're up on stage, making their joyous noise? "It's excitement," Johnson said. "Most of the time, the folks that are in attendance are cheering on a family member or relative, a fraternity or sorority member, someone from the community that they know. ... so it's a fun atmosphere. But it's definitely high-energy."

"Everyone packs the theater to see who has the goods and has the best moves — and at the same time, cheer on their family member and be supportive," Ellis said. "It's a very, very, very positive thing." Agreed Latimer: "It's so inspiring. It's so inspiring."

For the dancers and directors who've been preparing for months, she said, the mood is charged. "It's havoc -- you get energy, you get the anticipation. Like, 'Are we next? Is the music right? Who left a piece of their uniform?' ... But it's so exciting at the same time to be, like, 'Okay, this day is finally here.'"

Many cited Johnson's commitment to the show as critical to its growth over the years. "Really, the amount of work, the blood, sweat and tears, that Kevin puts into this every year is a huge reason why it's continued to grow," Allen said.

Luke concurred. "Kevin Johnson is a great man in the community... He puts a lot into it. Not just time and effort but also his finances, too – into, honestly, the biggest Black History Month event in the Capital District.

"So we continue to support him and be a part of this — because it's about the families," she said. "It's about the boys and girls who come and do something to showcase black history. And you know, it's not just them. ... It's whole communities coming together for one night."