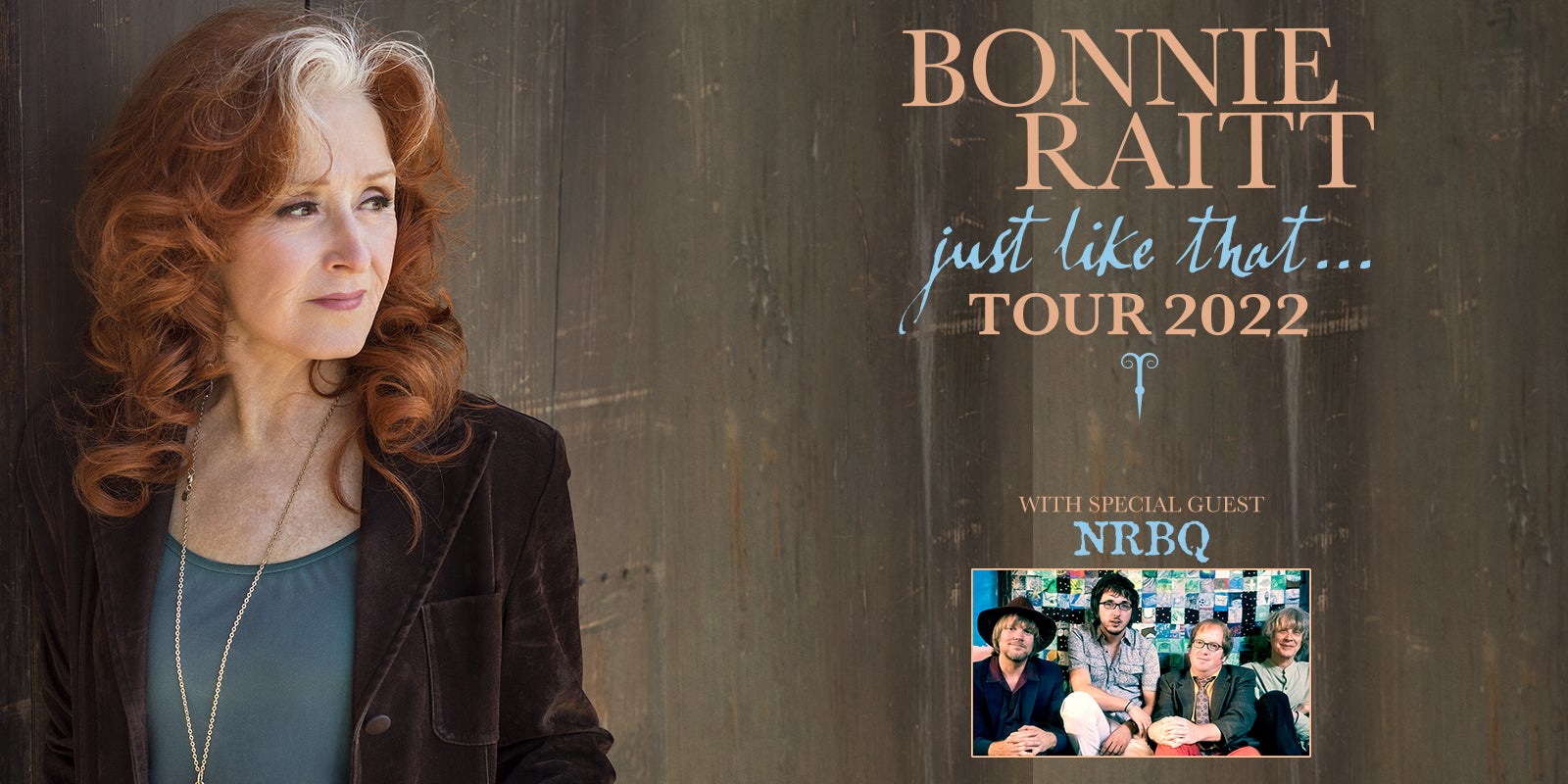 Bonnie Raitt will return to the live stage with Just Like That… a national tour in 2022 launching in April and running through November, which will include music from her forthcoming new studio album, Just Like That... The first round of seven shows are going on sale this week with special guest NRBQ supporting the dates. Raitt is hard at work finishing the project with plans to release a first single and launch an album pre-order campaign in late January.

"Like so many musicians around the world, sidelined for a year and a half from their livelihood and great joy, touring live, I can’t wait to get back out on the road with my band, bringing music directly to the fans who’ve been so patient and supportive throughout the twists and turns of the pandemic. To have my friends NRBQ get the night started at these April shows is something I’m really looking forward to," Raitt shares.