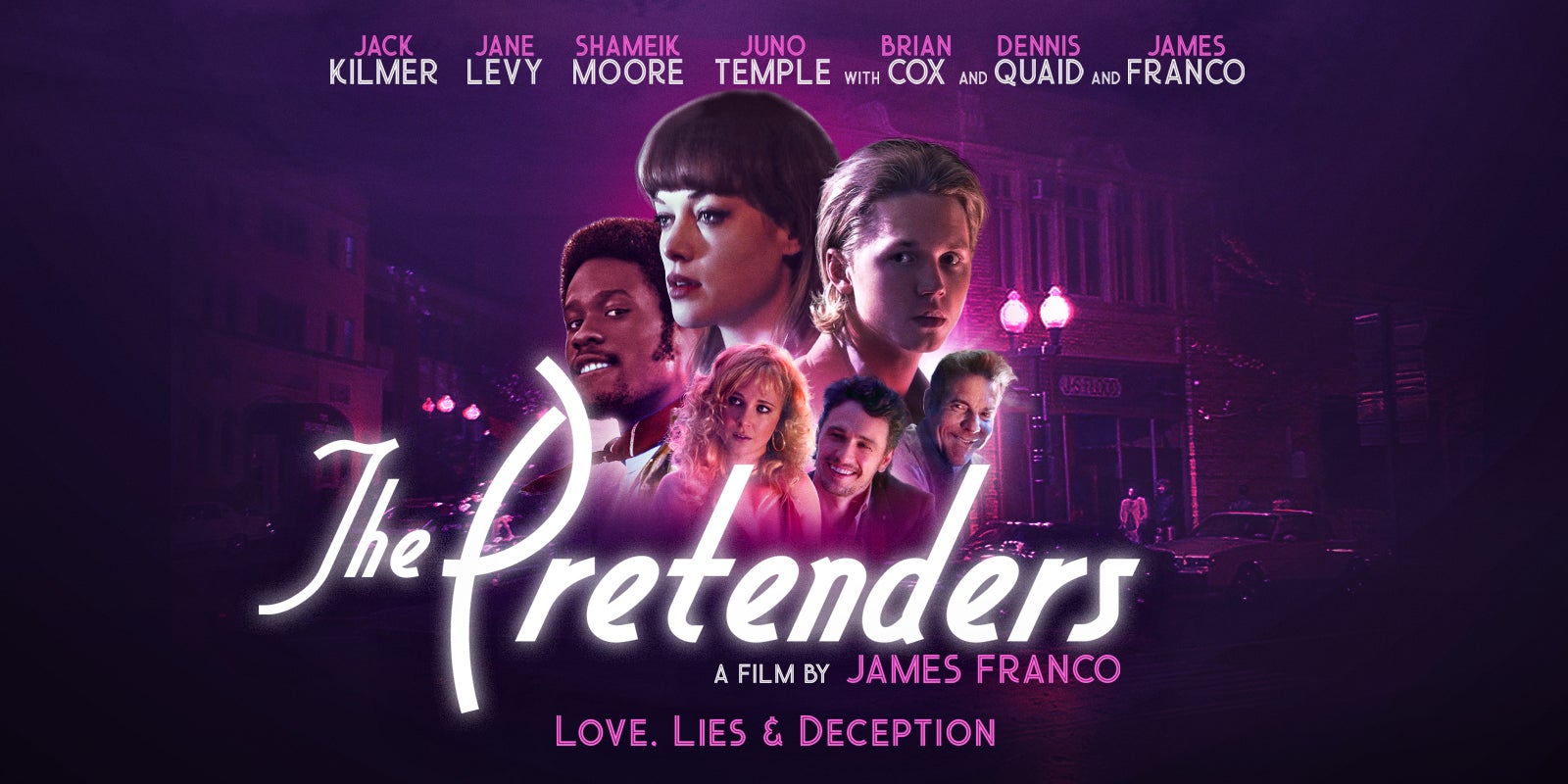 SEPTEMBER 9, 2019, ALBANY, NY --- The Palace Theatre along with Film Albany are excited to roll out the red carpet for the Capital Region premiere of James Franco’s THE PRETENDERS on Saturday, October 5. The movie will begin at 7:00 pm – doors open at 6:00 pm.

Tickets for the premiere of THE PRETENDERS are $10 and are ON SALE NOW in person at the Palace Theatre Box Office, online at palacealbany.org and by phone at 518-465-4663.

Life imitates deadly art as French New Wave obsessed film student Terry (Jack Kilmer) and his best friend, the smooth talking Phil (Shameik Moore) are both seduced by mysterious actress Catherine (Jane Levy). The longer they know each other, the more they realize they don’t truly know the real Catherine. After years of sex, betrayal, and collateral damage, the three careen into a lifestyle that leaves one of them fighting for their life.

Filming for THE PRETENDERS took place in 2016 throughout Albany and the Capital Region including the Palace Theatre.

“The New York State Film Tax Credit Program, under the Empire State Development Corporation, continues to drive productions to upstate New York and Albany County,” advised Debby Goedeke, Albany County Film Commissioner, “These credits provide our region with opportunities for additional jobs as well as an economic impact to Albany County and the surrounding counties. Film Albany is very honored to partner with the Palace Theatre (one of the locations in the movie) on hosting The Pretenders Albany premiere, one day after the Pretenders national premiere in Los Angeles and New York City.  This production has come full circle within our region.  It started with James Franco and his team scouting in Albany, Schenectady and Troy; the actual film being shot here; and now back to the capital region for its Albany premiere. You cannot ask for anything better than that!”

“We are thrilled to partner with our friends at Film Albany & Discover Albany to present this special screening,” said Billy Piskutz, Palace Theatre Interim Executive Director. “Enjoying a movie at the Palace Theatre is an experience that harkens back to the days of classic cinema when the Palace was an RKO movie and vaudeville house in the 1930’s and 40’s. We embrace our movie house roots with annual movie screenings and are excited to be able to be one of only three theatres nationwide to premiere The Pretenders. Whether you were one of the many Capital Region residents who were a part of the production or just love a night at the movies, we hope you will join us on October 5 to enjoy James Franco’s The Pretenders on our Big Screen!”

About The Palace Theatre
The Palace has been Albany’s iconic downtown landmark for the past eight decades, bringing the biggest names in entertainment to the Capital Region. The history and programming of the Palace is a unique and often untold story with roots dating back to the period of the Great Depression. The Palace Theatre, built in 1931, originally presented vaudeville acts, feature films and became a civic auditorium before closing its doors in 1969. The theatre maintains its original beauty and design and is a historical landmark in the City of Albany. The Palace Performing Arts Center was established in 1984 and incorporated as a nonprofit organization in 1989, created to operate the Palace Theatre. The mission of the Palace is to bring world-class arts and entertainment to New York’s Capital Region, greatly enhancing the area's cultural and economic development. Our mission is carried out through core programming and community initiatives that include performing arts entertainment, free arts education, family-friendly performances, free summer movies and a classic movie program series. The Palace has a significant annual economic footprint with over $3.5 million in ticket sales and 180,000 patrons.